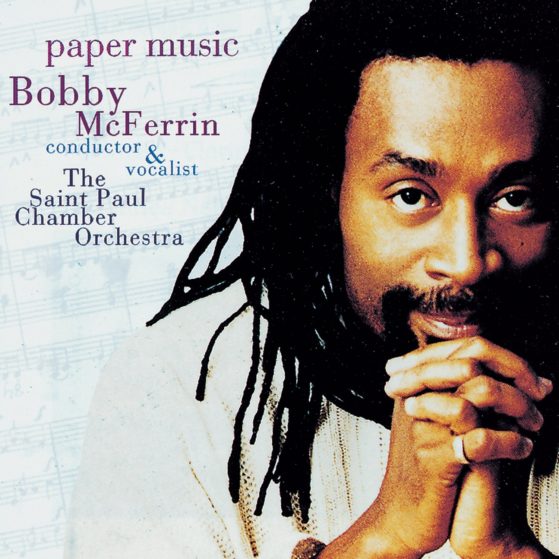 Released in 1995, Paper Music was Bobby’s first classical album, and featured him both conducting and singing with the St. Paul Chamber Orchestra to fascinating and beautiful results. The same voice that climbed the pop charts, redefined vocal jazz, and invented an entirely new a capella vocabulary is equally at home replacing a cello in a Vivaldi Concerto, or singing Faure’s haunting melodies.

Bobby was appointed Creative Chair of the St. Paul Chamber Orchestra in 1994, and this album beautifully marked the beginning of his second career as an orchestral conductor.